Does Poland have “too much” history?

is a professor of history and International Studies at Indiana University.

I have always been uncomfortable with Tony Judt’s famous observation that while Western European nations have too little history, Eastern Europeans have too much. Judt held that while Western Europe’s prosperity has been built upon forgetting past sins like World War II collaboration, Eastern Europeans are obsessed with ancient wrongs and ancient glories. It is too easy for a historian to love this observation, because it bequeaths to us a lifetime of poking holes in myths and of repairing the gaps in memory. But perhaps like any bon mot, it relies upon stereotypes, upholding the traditional hierarchy that has the West leaping ahead while the East lumbers along behind, dragging a horse-drawn plow across tired furrows.

The year 1989 was supposed to represent a break with history—if not its end. It would be the end of underdevelopment, the end of obsessions with the past, and the end of occupation. There was good reason to think so, after all, and not just because Francis Fukuyama said so. The late-80s opposition, as well as pop culture in Eastern Europe, was increasingly irreverent towards national symbols and national myths. This was true in most countries of the region, in part because the younger generation appeared to associate history obsessions with their parents, their schools, and with leaders of both the regime and the older opposition.

The history of Poland since 1989 has many paths and many explanations, but if we focus just on this relationship to history, I would draw attention to a fundamental error of 1989. A regime or a political movement can shape what people will celebrate or memorialize, as the Smoleńsk monthlies certainly demonstrate. And yet Polish politicians on all sides failed to make 1989 the moment it could have been. For good or at least plausible reasons—fear of upsetting the Soviets or offending the PZPR, or perhaps unnerving George Bush, who had already more than once indicated his discomfort with rapid political change—or simply because there was so much to do that year, Solidarity refrained from a cathartic celebration that would declare “we are freed from our history.” I well remember the profound discomfort expressed in liberal circles when Joanna Szczepkowska had her mic-drop moment during a television interview in October 1989, announcing that Communism had ended four months earlier.

These thoughts about 1989 came to me as I read Jarosław Kuisz’s brilliant and bracing essay, Koniec pokoleń podległości. About my admiration for this book, suffice it to say that just a few days after I read it, I presented its arguments to my undergraduates as we discussed the history of postcommunist Eastern Europe. As we enumerated possible explanations for the rise of populism in Poland Hungary, and other countries, including the weakness of institutions and the twin shocks of the financial crisis and the refugee wave, it was helpful to add in the problem of the “occupation mentality,” my loose translation of the sense of “pokolenia podległości.”

Perhaps it is not that Eastern Europe has too much history, but that it overestimates the importance of history. So many recent events whose origins lie in political manipulation have been traced, erroneously, to history itself. The main cause of the Yugoslav Wars was not the irrepressible need of Serbs, Croats and Bosnians to avenge past wrongs, but the ability of Slobodan Milosevic, Franjo Tudjman, and others to convince their citizens that those wrongs were the source of their problems. In this way, they diverted attention from the financial and moral bankruptcy of post-Tito Yugoslavia. Similarly in Ukraine five years ago: as I argued in an interview at the time, the political mobilization on the Maidan had little to do with old historical conflicts, but quite the opposite: the upheaval that winter opened up space for politicians to mobilize historical grievances as a tool for power. 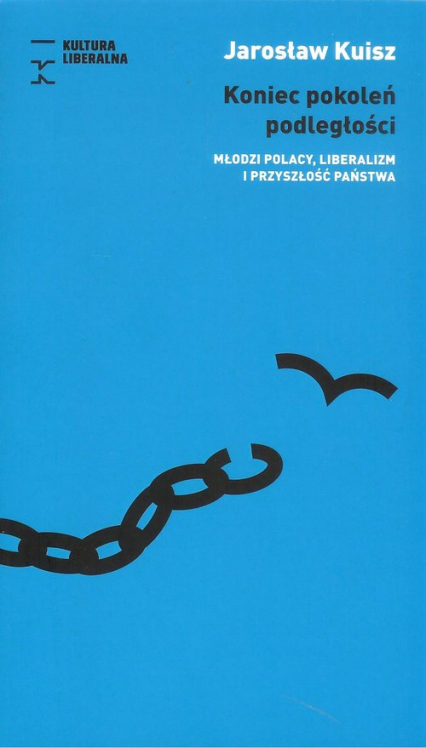 Thus, we should not be surprised that politicians in Poland, as they have struggled and failed to distinguish themselves from one another on policy grounds, should instead invent historical differences and use them to divide the electorate. We have had plenty of critiques of polityka historyczna, the devious weapon wielded by successive governments since 2005. Kuisz exposes the deeper problem: political and cultural elites, which are still largely made up of people who came of age before 1989 or who are (like Premier Morawiecki, for example) in some way deeply connected to or invested in pre-1989 conflicts, are debilitated by their particular obsession with the past. For these elites, the past is not simply there to be studied, honored, and sometimes regretted. It is a frame for Poland today, a Poland still possibly threatened. Kuisz points to the absurd ritual of asking young Poles, around August 1, if they felt they would volunteer to fight in an uprising. This was for me emblematic of Kuisz’s method: deftly weaponizing the perspective of a scholar for whom the PRL is a childhood memory, he takes what seems normal and asks, simply, “Are you serious?”

Nearly thirty years after Communism’s end, the need to break from history is urgent. The mentality of being under threat of occupation serves politicians and pundits well. It does nothing good for Poland.

Fear, Insecurity, Suspicion and Grief. Feelings in the Time of a Pandemic

Karolina Wigura  · 26 April 2021
Prison, wrote the Russian-American poet Joseph Brodsky, is essentially a shortage of space made up for by a surplus of time. A similar case could be made for social isolation during in the Covid-19 era, albeit in relative terms. So much has already been said about this isolation in the context of hygiene, the economy and politics, but it is now time to develop an adequate language at the human level.

Editorial Team · 12 September 2018
We would like to cordially invite you to the 3rd edition of international conference “Cracking Borders, Rising Walls” organized jointly by Kultura Liberalna, Allianz Cultural Foundation and Foundation for…

Karolina Wigura · 5 April 2021
Coronavirus has provoked a new political agenda and new emotions. Donald Trump lost the presidential election, but thanks to existing trends, including the prevalent emotion of anger, he can continue to undermine American democracy. In the coming months, anger will work as it did in the cases of Black Lives Matter and women’s rights protests: it takes one spark to fuel a fire.

Chances for political transformation and effective democratisation in Belarus

Pavel Usov · 7 December 2021
The Belarusian nation is at the start of a long and arduous journey towards democracy, which will require mobilisation, awareness and civic activity from most of Belarusian society. Only then will it be possible to depose the country’s authoritarian leader, build a democratic state and introduce political and economic reforms.
‹ › ×
‹ › ×