Łukasz Pawłowski in conversation with Adrian Wooldridge · 24 July 2015
Will sharing economy force us in the future to become enterpreneurs ready to take various jobs and work 24/7?

British journalist, runs column “Schumpeter” in “The Economist”. Co-author of “The Fourth Revolution: The Global Race to Reinvent the State”. He has recently published „The Great Disruption: How business is coping with turbulent times” .

has degrees in sociology and psychology. He is an editorial secretary of ‘Kultura Liberalna’.

Adrian Wooldridge: Nothing. There was an idea that the sharing economy was a socialist enterprise and now we see similar enterprises being driven by big companies that want to make money out of it.

That’s exactly the point. Something that started as a way of undermining big corporations’ monopolies has resulted in new multibillion dollars corporations being created.

I don’t think that’s necessarily a bad thing. People who want to treat the sharing economy just as a sort of a big commune can still share tools, clothes or other spare resources in a non-commercial way. The rise of capitalism version of it does not necessarily squeeze out these other versions. What is really driving the sharing economy is information, the fact that it is constantly easier to share and communicate.

Precisely, to have a successful business in sharing economy you need to have a lot of information on your clients. And the more information you have the the more people join your service. According to an article published by The Guardian ‘for this reason, monopolies emerge’. It goes against your claim, that you can have both: small sharing communities and big corporations as these types of services necessarily become monopolized by a few companies.

I don’t think that there’s anything about the sharing economy which tends towards monopoly. What the sharing economy does, is allow us to tap into underutilised or unused resources. Information is one important asset in the process. Another one, however, is simply proximity to the products you exchange. If I set up a sharing economy platform in the village where I live, which would allow for sharing garden tools, it probably wouldn’t be bought up or absorbed by some giant organisation. I don’t see why local companies cannot also leverage information – which is so easily accessible today – to get themselves off the ground and operate successfully.

Definitely, the trend of the flexible economy is to put most risks on the employee and remove them from the employer. We definitely need to address this issue.

The other problem is, critics say and in my view they do have a point, that the companies using sharing economy model are violating employees’ rights. They are taking us back to the 19th century by undermining the structure of the welfare state we have created over the last decades. For example Uber does not take any responsibility for its drivers and does not provide them with any assistance if they can’t do their job.

If you have a regular job as a taxi driver, pay certain amount of taxes, and enjoy a stable relationship with you employer, you may see your rights threatened by the arrival of Uber. If, however, you’re somebody who’s excluded from the taxi market, because you don’t have a job with a regular taxi company, then suddenly you have a chance to get a job. And if you’re somebody who wants to work just a few hours a week then you should have the ability to do that. So one group of workers are right to feel threatened by this flexible economy, but lots of other people get may benefit from it.

On the other hand Uber tries to abuse the system, by avoiding paying taxes and insurance for its employees. There’s a danger that if you allow that to go on, you’ll have a whole class of workers not paying for pension and insurance systems and working only on short term contracts. We therefore need to adapt our legislation to the arrival of flexible economy, in which the 40 hour work week is disappearing. 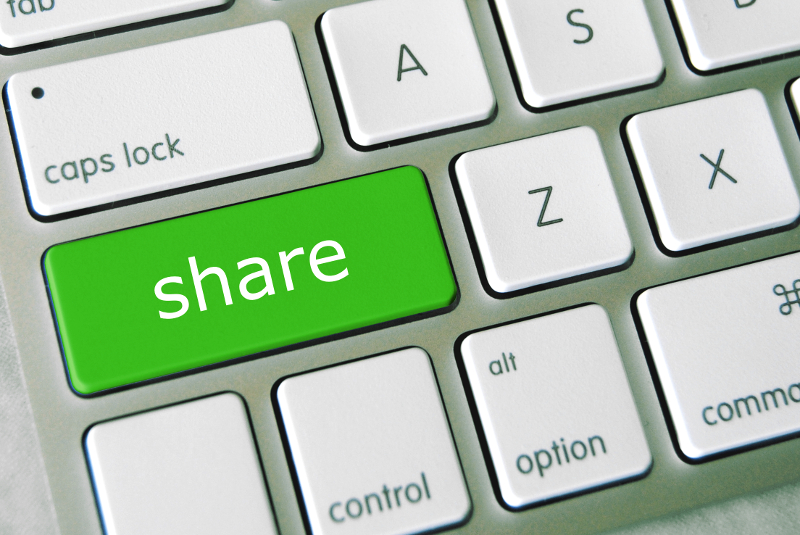 This type of business model shifts much of the risk to employees. In case of Uber if you lose your car, crash it, if you have any health problems – you’re on your own. If, however, you’re making money, you have to share it with the company. It’s not flexibility, it’s exploitation.

Definitely the trend of the flexible economy is to put most risks on the employee and remove them from the employer. We definitely need to address this issue. In this case one solution might be to allow Uber drivers to team together in order to get a collective insurance. In other words we could use old fashioned 19th century methods such as mutual benefit societies in collaborating for cheaper insurance.

Maybe there’s a simpler solution, shown by the Californian court which just decided Uber drivers should be treated as the company’s employees and not independent contractors. As a result Uber may be forced be to finance all their benefits and all taxes for them.

The problem is that a big incentive for many people to work with Uber is flexibility and if they are classified as employees it will be much harder to get flexible working hours. What’s more, this decision the company will either act as an incentive to employ people for 40 hours or more a week or as an incentive inventive to employ for less than 20 hours – the limit where healthcare benefits kick in. You should also remember that Uber is heavily investing in automate driving – driverless cars – to lower their cots even further.

Many economists claim that today work has become less and less secure, which lead to a creation of a new social class, precariat. Job insecurity is also thought to be one of the major reasons behind social unrest and impatience with capitalism. And here we have another substantial chunk of economy that provides insecure jobs. Maybe we should simply ban such companies as Uber as the French did?

Which makes it even more difficult to deal with.

There is a sort of essential paradox of capitalism: sometimes what looks like security actually creates insecurity and what looks like insecurity actually creates more security. In France, for example, there are vast numbers of people in their 20’s employed on short term contracts. Companies are too afraid of employing people on permanent contracts, because it’s so hard to get rid of them once they are employed. If you actually use a more flexible approach and make it easier to fire people, it will make companies more willing to take people as full-time, proper employees. Britain, which has taken a more flexible approach to jobs, could be used as a example of a precarious economy. Yet it has also created a lot more jobs than France over the last decade.

But there’s also the question about the type of jobs that are created.

It’s better to have a short term job or a precarious job than no job at all.

And what about taxation? The companies we discuss usually do not pay taxes in the countries in which they operate and the profits are automatically sent abroad.

This challenge is even greater than it seems. Not only these companies want to pay no taxes, but also their workers want to pay as few taxes as possible. This creates huge potential hole in the taxation system which could result in substantial pension shortfalls. We need to find ways of making the taxation system more flexible. In the United States there is a sharp distinction between an employee who works 40 hours a week and a contract worker, like a plumber. I think we need to treat flexible workers more like employees so that they pay their taxes.

We also need to improve tax efficiency – treat all labor as in some way equivalent, but also put greater emphasis on Business Activity Tax. It’s getting harder to tax people and the more economy is becoming just a collection of transactions, the more important it is to tax those transactions.

In my view there are two major factors that will change the job market in the future: ongoing automatization – which will decrease the number of people needed for doing the same job – and insecurity. Does it mean that in the near future we will all have to become 24/7 entrepreneurs combining many occupations at the same time?

It might happen in many areas, but on the other hand you can also see a tendency towards greater specialization. What I find more disturbing, however, is an ongoing revolution in the knowledge economy and in the service economy which is every bit as dramatic as the revolution in the industrial economy during the 19th century and which displace or disorientate workers in exactly the same sort of way but at probably faster speed.

Anybody whose job involves polling information, looking at patterns in information, processing information is very likely to be replaced by machines, which can work 24 hours a day, which don’t fall ill or go on strike. And these machines are getting cleverer and more powerful at an extraordinary rate. We are about witness a massive process of job destruction in the knowledge economy. That’s socially worrying, because if you look at the big political disruptions of the last century, they were often led by displaced knowledge workers.

Is it an irreversible process?

I can’t see how you could reverse it and I believe it is one of the greatest challenges of our time. There is a good side of it, the productivity is going up and some of the biggest costs for every modern society – such as costs of the health care or education systems – can be brought under control. The modern technology provides some solutions to the problems that it creates. Today we can more easily retrain ourselves, remain up to date and find new jobs.

As we already said companies such as Uber, Airbnb, Lyft, etc. thrive on information about both their customers and contractors. Does it mean that in the future we will be forced share private information only to participate in the job market?

Besides the automatization problem the privacy issue is the biggest worry in modern economy. We moved from a world with a shortage of information but abundant in privacy to a world in which information is abundant but there’s a shortage of privacy. I can’t give you an answer to your question because I think there is a trade-off between participating in economic activity and privacy. Today, however, people are too willing to give this up for nothing or they’re not thinking when they’re sharing their priced information. That’s also a major reason why privacy is constantly eroded.