A whole new sense of frustration

Assistant Professor at the Institute of Sociology in Warsaw, member of the Kultura Liberalna editorial team.

My hypothesis is as follows: in order to sum up the past 25 years of Polish history, we must take into account the sense of frustration which comes with being offered endless possibilities. The map of Polish frustrations is thus sewn from many misshapen scraps of individual disappointment.

Why do people think the things they think? This is down to their immediate circumstances. Why do they keep changing their minds? Because their circumstances have also changed. There is no need to elaborate on the weakness of such naïve sociology of knowledge. It is accompanied by a mistrust of ideas and a reluctance to assign to them any sort of influence. Perpetration in the spiritual sphere is for us today an unnecessary aspect, for we can manage with the causative impact on structures, configurations and systems, out of which, unheeding of the vicious circle tightening around us, we wish to make sense.

Considerations of collective self-understanding, expressed in the debate about the most recent 25 years of Polish history, clearly belong to the school of thought described above. The many changes which have taken place in society can easily be observed with the naked eye. Yet the naked eye is a totally unreliable instrument when it comes to studying social contexts, though it has its uses where one must, for the sake of ease and time, simplify things to the absolute maximum – by which we of course mean in the spheres of media and politics. The naked eye can also observe that society is beginning to reconsider this change. Such reconsideration is also the self-questioning of a society which is both the subject and the object of said changes.

We would like to see the state of the discourse around this 25th anniversary as a sign of the times among a religious society, seeking causes due to which, from the perspective of this quarter-century, our view of the Transformation is in itself undergoing a change. No social phenomenon is caused by a single factor, nor can any ever be explained fully and without further additions: this would be a sociological banality. And yet, further partial explanations can be put forward. My hypothesis is as follows: in order to sum up the past 25 years of Polish history, we must take into account the sense of frustration which comes with being offered endless possibilities.

I am not concerned with the possibility of something defined, as the excess of possibility is omnipresent. We can stay put or emigrate, and having emigrated, we can choose to remain away or return. We can work for less or for more money, we can lose jobs, we can get them back, we can start up our own businesses, we can shut them down and we can choose bankruptcy. We can vote or not vote. We can study for free or for a fee. We can gather resources and come up short. We can then take out loans in Swiss Francs and we can fail to pay them off. We can struggle, we can win, we can lose. 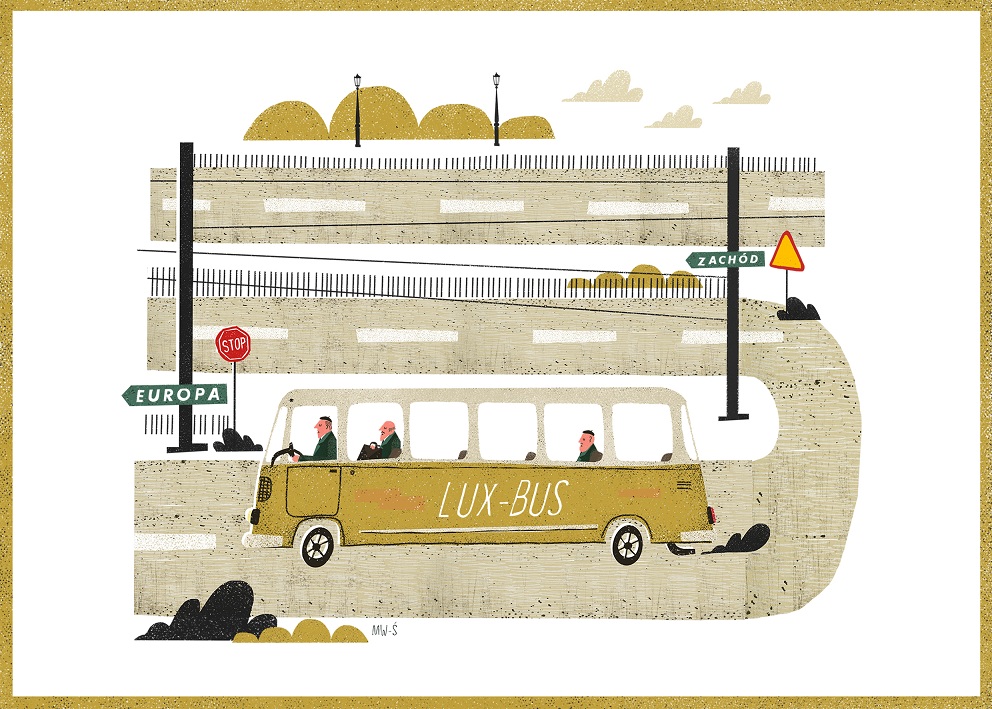 This excess of choice is not by any means unique to Poland, or even to societies which have experienced systematic transformation. In Poland, the comparison between now and pre-1989 times (known to an increasing number of Poles from second-hand tales alone) can only increase perceptions of negative outcomes of these changes, the most notable of which is a sense of frustration.

This frustration is quite different to the one caused by the widespread lack of choice imposed upon people by the previous regime. This powerlessness is characterised by the fact that when the vast majority of people share a common poverty, the sense of disappointment cannot be fed by comparisons with those same neighbours. Of course, because lack of choice was egalitarian in pre-1989 Poland, frustrations arising from comparisons with how others perceived us did happen. What didn’t happen, however, was the pain which comes with switching to a period of existential conditions of unreality.

Poles had to learn that the majority of the choices open to them did not bring fulfilment, for these can turn out badly or not turn out at all. This is when opportunities pass, remaining in the realm of “if only”. What’s worse, because there is a myriad of possibilities, those around us seem to make better use of theirs, seem more efficient, more innovative and creative. We see social spheres arising out of nowhere, spheres we are not invited into, because we are that little bit too old, too young, too slow, too poor at English, or at Cantonese, our family is too numerous, our holidays are too short or the websites we visit are not of the right kind. If only we could… But no. This isn’t even a case of something being our fault or being down to those who make it instead of us. It is simply the way possibilities are always distributed.

The pattern of this distribution is very uneven and changeable. As a result, even those who in certain respects find themselves socially aligned will have completely different sets of options open to them, and furthermore completely different reasons to feel frustrated. Their contexts for assessing their own standing will also be different. Even if the starting point for all is the same – a boom in options following 1989 – the eventual outcome is different for everybody. After all, “choices” can be awkward and refuse to arrange themselves in easily predictable combinations of criteria relating to class, origin, profession, education or even age.

Our map of Polish frustrations shows a collection of many scraps of personal disillusionment. It is difficult to grasp its influence on thought, and even harder to make generalisations about this understanding, in order to speak about society as a subject of self-reflection regarding the most recent two-and-a-half decades. Perhaps some kind of summary of individual desires and disappointments is being drafted in our nation today, but even if so, this is taking place beyond the limits of generalisations and simplifications, which tend to be the feature of most media and political conflicts.

This article is a part of Kultura Liberalna’s book “To place Poland in the centre”. See the table of contents here.

Introduction. The Horizons Of a New Freedom

Jarosław Kuisz · 3 September 2014
Maria is a 70 year-old retired engineer. Following the Transformation of 1989, she worked for over a decade outside of Poland, then returned home to retire. Maria and her family enjoy a decent standard of…

Liberalism, the Right and the Left – points of contention

Liberal Culture · 3 September 2014
EVALUATING POLAND’S POLITICAL TRANSFORMATION Both the Left and the Right wings of Poland’s political divide see the post-1989 Transformation in a singularly negative light. For the Right, the Round Table…

Jarosław Kuisz · 3 June 2014
The time has come to change the story we tell about contemporary Poland. The 25th anniversary of the first free elections in its modern history appears to be a celebration which has Polish citizens smiling, but…

Children of the Transformation

Piotr Kieżun · 25 March 2014
On the subject of Paulina Wilk’s book “Special characters”   They can remember Poland under communism, yet they have been raised and educated in a new reality. Not yet old, but no longer young. Who…

Łukasz Pawłowski · 23 March 2014
They aren’t just responsible for hail, earthquakes and whooping-cough –this is the impression one might have reading ongoing attacks unleashed a full 25 years after the Transformation against liberals and…

Memories of the transformation or transformed memories?

Błażej Popławski · 1 August 2014
Interest in the concept of collective memory tends to grow during extraordinary moments, in times of crisis or change. More “round” dates allow us to reinterpret the past. At times, this is merely a…

Squabbles and saintliness. The Left and the Right and their problems with the Round Table

Tomasz Sawczuk · 11 February 2014
Disputes over the Round Table are also disputes over our present-day democracy. Tomasz Sawczuk presents his commentary on the debate which took place in the Presidential Palace as part of the celebrations of…

Energy, ecology and freedom. On the unfinished liberal revolution in the energy industry

Kacper Szulecki · 3 September 2014
Edward Gierek, former First Secretary of the Polish Communist Party, had energetic dreams about power. Back in the days of General Jaruzelski, work had begun on building an atomic power station in Żarnowiec….

The Round Table – the meaning of the game

Karolina Wigura · 11 February 2014
Many people believe the events which took place in Poland 25 years ago should today be reviewed with sobriety, leaving aside all unnecessary emotions or nostalgic tendencies. The problem with this apprach is…

The Feast of Imperfections

Łukasz Bertram · 3 June 2014
In the spring and summer of 1989, the people of Poland had no energy and no desire to celebrate their revolution. Does it make sense, however, to now regret this and to try to “make up” for lost time? How…

Michał Jędrzejek · 10 June 2014
The debate about the recently ended 25-year period of Polish history is becoming enlivened by the voices of critics of modernity. This simple story of historical triumph is now contrasted with apocalyptic…

“What a beautiful catastrophe” … ?

Jan Tokarski · 10 June 2014
Listening to media commentary covering the 25th anniversary of the first partially free elections in Poland, I couldn’t shake off the impression that older generations – the initiators and participants of…

Brzozowski, Bielawski, Borcuch, Pinior · 20 May 2015
Why has Poland’s turning point of 1989 not earned its own visual symbol yet? How are the times of the transformation perceived by both younger and older generations? Grzegorz Brzozowski in conversation with…
‹ › ×
‹ › ×