is a Hungarian philosopher and political scientist. Participant of the democratic opposition in the 1970’s and ’80s. Affiliated with CEU since 1992.

is a columnist and manging editor at “Kultura Liberalna”.

Łukasz Pawłowski: Why has Viktor Orban attacked the Central European University? What political points he wants to score by closing the CEU?

János Kis: The attack on the CEU is part of a larger xenophobic propaganda campaign which aims to mobilize electoral support by telling people that the nation is threatened by an international conspiracy. But independently of this, CEU is a problem for the autocracy in the making. We are the only university in Hungary still enjoying academic freedom. All the other universities are more or less taken under government control.

Is the CEU’s influence over Hungarian society significant enough that Viktor Orban is willing to risk public outrage and probably an international scandal to close it?

You are right. Political moves are assessed in terms of a cost-benefit analysis, and it seems that the benefits of trying to force CEU into exile are not worth the costs.

Destroying a university is a brutal and outrageous act, it is in the neighbourhood of book burning. Orban clearly crossed a red line, and the intensity of reactions is very high both around the world and inside Hungary.

There are and there will be demonstrations, and there are protest letters from students and professors and concerned citizens from all over the country, but there is more. Academic institutions up to the level of the Rectors’ Conference and the Hungarian Academy of Science made public statements expressing their commitment to CEU’s continuing its operation in Hungary. It is the first time since 2010 that one can experience such a massive wave of solidarity with a community under attack, whether that of judges, teachers, or journalists. This puts Orban in front of a dilemma. Fear is a pillar of his power. If no punishment follows, the fear might evaporate. On the other hand, the protest movement is too wide – disciplining it may also have unforeseen effects.

Even so, it is true that the expressions of solidarity with CEU are heavily concentrated on the academic community and the intelligentsia. But public opinion is not fixed for good, and we are not at the end of the story yet. As long as the struggle around CEU continues, the mobilization will not die out, and it is hard to predict in what ways it will affect the wider society.

Is it an issue that can really turn the society against Fidesz?

There are so many grievances and reasons for discontent in this country, from the outrageous enrichment of a cleptocracy with Orban at the center to the miserable state of public health and the destruction of general education. And it is an intriguing feature of autocratic regimes in general that they seem rock solid up until the beginning of their irreversible and quick erosion. We cannot know whether this is the turning point. But at least it is a template of how it will come.

Interestingly, the official propaganda lost its capacity to determine the terms in which this issue is publicly presented. On almost all previous occasions, Orban and his people dominated the language of public discussion, forcing their opponents to engage in cumbersome explanations of their position. Now, their opponents speak about “lex CEU”, and they appear as hapless defenders of an indefensible cause.

What kind of reaction can we expect and should we expect from the European institutions?

The EU is usually slow and indecisive when it comes to stand up against violations of its basic principles, but this time the very leader of EPP parliamentary group of which Fidesz is a member expressed his agreement that the European Commission examines lex CEU and his expectation that the Hungarian government complies with the Commission’s judgment. I should add, with sadness, that Donald Tusk, President of the European Commission, keeps silent. That is something a democratic politician in his position, a person with integrity should not allow himself to do.

What might happen to the CEU itself before any solution of this dispute is proposed? The were some rumours about moving the university outside Hungary…

The rumours about CEU being prepared to leave Hungary are absolutely baseless. The President of the university stated it in non-ambiguous terms that Hungary is our home, and we will fight for our right to continue as a Hungarian-American university in Budapest. 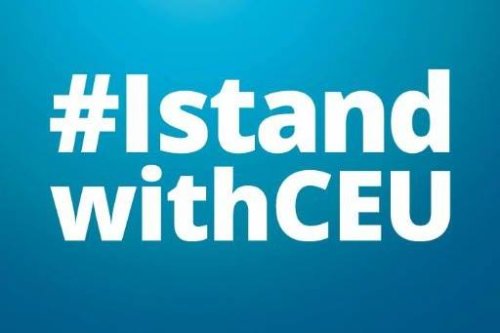 Trump is not going to implode

Fareed Zakaria in conversation with Łukasz Pawłowski · 7 February 2018
“The idea that Trump’s presidency will implode or that he himself will come to a conclusion that this job is too demanding is a fantasy. He is either going to survive his term or we will see a political…

Will the year 2021 see the end of the gold era of illiberal populists?

Karolina Wigura and Jarosław Kuisz · 12 April 2021
“Law and Justice’s approval ratings have fallen significantly in recent months, possibly in part due to the pandemic, responses to which require a politics based on solidarity, cohesion and trust. And yet, Jarosław Kaczyński continues to the same tools that brought him to power.”

You never go back, not exactly

Steven Lukes in conversation with Adam Puchejda · 1 January 2016
You can stop going forward, but “reverse gear” does not exist in political history. Nation-states are probably more effective than the European framework, being much better equipped when it comes to building the welfare state. But in terms of human rights, for example, or worker-friendly ideas, Europe has been always extremely effective. European laws and institutions can have a restraining influence on the development of particularist political practices. This, I believe, is important and a…

I still believe in progress

Francis Fukuyama in conversation with Jarosław Kuisz and Łukasz Pawłowski · 13 June 2017
The year 2017 marks the 25th anniversary of the publication of one of Francis Fukuyama’s most famous works, The End of History and the Last Man, which argued that the worldwide spread of liberal democracy may…

Are you rich? It all depends on comparisons

Philip Zimbardo in conversation with Emilia Kaczmarek and Filip Rudnik · 11 June 2018
Emilia Kaczmarek: Are you happy with the amount of money you have on your disposal? Philip Zimbardo: More than happy. I was born in 1933, during the Great Depression. I grew up in family of second generation…

Victoriia Zhuhan · 21 October 2014
My friends in Ukraine want to know what Poles are like, since they know I lived in Poland for two years. Poles, on the other hand, ask what we Ukrainians are like. I never know what to tell either group. Each new story I come across is different – the more I learn, the more I am afraid of getting things wrong.
‹ › ×
‹ › ×